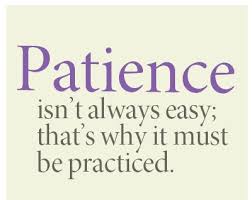 Well as predicted, the UK Xmas, combined with catching up with pals for one or (a few) more ales meant that the inevitable happened…

A few kilos back into the CREDIT column…

However, rather surprisingly I was able to minimise the damage due to find a Gym in the UK with child-minding – incredibly rare in certain areas I can assure you – and being able to hit the pavement a few more times that I’d expected.

In temperatures of 2 and 3 degrees, sometimes in hail, quite often in rain I was able to clock up some Ks…

After completing an 8.5km run close to the end of January, I felt certain that I’d be clocking up a 10k’er fairly soon after my return to Oz.

Back in Oz, my work schedule was hectic with many early morning flights and late arrivals back at Haesler HQ, but I was committed to getting out and hitting the roads where possible.

But something interesting happened. I found it INCREDIBLY hard going. Even 4km runs were hard. The most I’ve managed since getting back to Oz is around 5.5km…

The major difference I can tell is temperature. It turns out I prefer running in the cold. I don’t know if this is normal. Obviously with the heat and humidity you lose fluids a lot quicker than in the cooler climate, but even still I’m surprised at the difference.

At first I was a little disappointed, but then I realised it’s all part of the process.

One of the key behaviours of a Growth Mindset is to persist in the face of setbacks. Believe me, it would easier for me to stop.

I’ve received some really interesting advice of late – as I’ve been sharing my goals with the people I meet – and many runners are keen to offer support.

‘Get comfortable with being uncomfortable’ is a phrase I’ve been using for a while when taking about change or challenge… but one guy offered me this pearl a few weeks ago:

Essentially he said, when you feel like crap, and all you can think about is stopping, and everything aches. Just be patient. Keep going and it will pass. Be patient.

Remarkably I’ve noticed this to be the case. Even in my short runs, I have several niggly old footy injuries that flare up from time to time and this sentiment has helped. I think even once as I was attempting a steep hill I was muttering ‘Just be patient’ under my breath…

I wonder if it sometimes a lack of patience rather than a lack of ability that leads so many to give up on their goals?

By the way, I’ve signed up for the Sydney Half Marathon… why not come join me! 🙂

What I’m Chatting About on This Blog